One of the hardest things about being an advocate is the slow pace of change. As advocates, we assume we know the answer to how to fix some vexing problem, and it’s just incredibly frustrating that the powers-that-be don’t seem to get it. We have to repeat ourselves interminably and try to come up with new, ever-more-creative ways of saying the same thing simply in order to feel like we’re being heard. It can be exasperating.

So I found it encouraging to read Robert Kegan and Lisa Lahey’s book called Immunity to Change: How to Overcome it and Unlock the Potential in Yourself and Your Organization. Although their book is most helpful for providing a simple and effective method for challenging our own built-in immunities to doing things differently – which I’ll write more about another time — before they even get there, the authors, experts in adult learning and development, first explain the importance of complex thinking, which involves the ability in all situations to see beyond your own point of view and keep in mind its limitations. And they note that very few people – including leaders of massive organizations — are really good at it.

It sounds obvious, in a way: of course we know we don’t know everything. But that’s not how we tend to operate in the world. Managers often fail to keep an open mind to others’ ideas, for example. I’ve written before about how a lack of mindfulness – which is very similar to what Kegan and Lahey call complexity of thought – leads to unhappy employees and bad outcomes for the organization.

There’s a similar lack of this sort of mindfulness in the world of advocacy, where we tend to over-simplify a problem. At times, of course, we need to simplify a problem to explain it to a broad, non-expert audience. But if we become too attached to that simplification, and fail to remember its own limitations, we’re likely to see little progress and become tremendously frustrated.

Say, for example, you’re advocating for reduced reliance on fossil fuels. It seems like a no-brainer, given the problems of global warming, pollution, and wars being fought over oil. But there are obviously complicating factors, such as the livelihoods of people dependent on the fossil fuel industry and communities or whole countries (or at least their governments) that benefit from oil and gas extraction. They’re obviously going to fight the effort. If you just assume they’re evil – as it’s easy to do, looking at the problem through your own perspective – then you’re going to find your work pretty frustrating. No matter how many times you’ve repeated yourself, or found new creative ways to say the same thing, nothing seems to change. Why bother?

But is it really true that nothing changes? And how does change actually happen?

This is where I think complexity of mind is interesting. It’s only by recognizing the complexity of the problem that we can understand where others that disagree with us are coming from. And it’s only by recognizing that we may not always have the complete picture that we can see where small changes and improvements might actually be possible, and may even already be happening.

This is not the exciting theory of change that drives people to become advocates. When I was in law school and read the great civil rights cases like Brown v. Board of Education and Roe v. Wade, I got the fantastical impression that you became a lawyer, made a winning argument to the Supreme Court, and that changed everything. But anyone who’s practiced law — and anyone who’s ever fought for racial justice or reproductive freedom — knows that’s definitely not the case.

That doesn’t necessarily make it less frustrating. Years of making arguments about why the Guantanamo Bay detention center should be closed (a key part of my legal job) doesn’t make it happen. But recognizing the importance of complexity of mind also helps me remember that it may not – indeed, it almost surely won’t – happen the way I, and others I agree with, insist it should. Progress is slow, and some bad moves made years ago can take a very long time to correct.  I don’t have to abandon my values or beliefs to recognize that. To satisfy my own needs, I may need to pursue other things that are more gratifying on a short-term basis, such as coaching. But like anyone advocating for legal and policy change, if I’m going to sustain my commitment to a larger cause, I’ll need to keep in mind its complexity. And I’ll need to train my own mind to better see and accept the many facets to the problem — and to the obstacles to real change.

I guess this is why patience is considered a virtue. 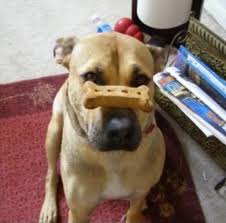 One thought on “Advocacy + Complexity of Mind = Patience”