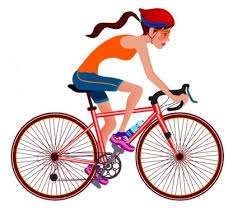 Shortly after writing my last post, in which I went on about how grateful I was that I can go running in Spring, I had an  unfortunate run-in with a Home Depot contractor cart that broke my toe.  So much for running.

In fact, even walking had become difficult. Within a few days of my accident, I realized that what I’d hoped was just a minor bruise had not only not gone away but seemed to have gotten worse:  I was now limping along with a swollen toe and couldn’t even put a shoe on without it hurting.  Oh, and it was the weekend, and 70 degrees and sunny out.  Now I was feeling sorry for myself.

So much for gratitude.

We all face setbacks sometimes that challenge our abilities to be the person we want to be. (In my case, grateful.)  A broken toe is pretty minor, I know, but it’s still frustrating not to be able to do the things you’re used to doing, and frankly, take for granted.  And therein lies the problem.

The upside of taking your daily life for granted is that when you lose some aspect of it – your ability to run or walk, for example – you suddenly have a whole new appreciation for it.  But now that I’d lost that – and from what I’m told, it can take 6-8 weeks for a broken toe to completely heal – what was I going to be grateful for?

Well, lucky for me, my partner – who, by the way, was the one accidentally who ran over my toe with the Home Depot cart – suggested I try biking.  That shouldn’t put as much strain on my toe, he reasoned.

I’ve always had a bit of an irrational thing about biking.  As a kid, when I was around nine, I got a bike that was too big for me, and one scary fall was enough to make me swear off biking forever.  From then on, when my friends wanted to ride bikes somewhere, mine was always “in the shop” or otherwise unavailable.  I was terrified to get back on it.

It wasn’t until I was about 18, spending a summer working on Martha’s Vineyard, that I got on my bike again.  It was the same bike I’d gotten in third grade, only now it actually fit me. I was still terrified, but I didn’t have a car and there was no other way to get around the island and get to my job pumping gas at the local Texaco station.  So I had to learn to ride my bike.

A few falls and scrapes and bruises later, I had done just that.  And I loved it.  That summer, I rode to work each day, rode to the beach, rode around the island, and just generally relished the sense of freedom I felt whizzing down the road on a bicycle. I’d had no idea what I’d missed all those years.

When I went back to college, my bike went with me – I eventually replaced it with a better one – and it became my respite:  I’d bike this great 24-mile loop along the Connecticut river, one side in Vermont and the other in New Hampshire, and felt a tremendous sense of both freedom and strength that I remember to this day.

But then I moved to New York City.  My fear returned.  Though there are lots of bike lanes in New York now, there weren’t so many when I first moved here, and still, even now, city biking can be pretty scary:  cars swerve into the bike lanes or just double-park in them, or the lanes are just not in the places you want to go.  So while at times I’ve loved biking in the city, I also tend to find it terrifying.

Then again, when you can’t run, and you can’t walk…  so this past weekend, I got back on my bike.  It was tremendous.  I can get down about living in New York sometimes, but getting on my bike always gets me excited about it again.  On Sunday I rode to Ft. Greene park, and tooled around the surrounding neighborhood of historic brownstones and wood-framed houses on tree-lined streets.  It was just amazingly beautiful.  A few days later, feeling down again that my foot hurt too much to even take my dog to the off-leash hours of the dog park, I forced myself to get back on my bike and ride to Prospect Park.

It was like a miracle.  Instead of sitting home feeling depressed, there I was, flying by the walkers and runners and strollers, zooming down the hills and even making it back up them without nearly as much difficulty as I’d expected.  Four times around, and I’d had an actual workout – broken toe and all.

So I’m back to feeling grateful again:  not for my broken toe, exactly, but for the fact that most adversities, whether they be physical, emotional, professional or whatever, often bring with them new opportunities — to stretch, to test and to grow.  Obviously some are far more difficult than a broken toe.  But we tend to let ourselves get down about even the small daily difficulties, whatever they are:  a temporary illness, a boring job, a fight with a partner or family member.  The challenge, I think, is to find the opportunity in it:  to develop a new skill, explore a new interest, or reconsider your approach to a longstanding relationship.

What challenges are you facing in your life now that might offer some interesting opportunities?  Where’s your bicycle?