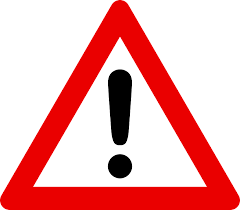 There are many things we cannot control. We can, however, exercise much more control over one thing: where we place our attention. Do we allow it to be seized by someone else’s agenda, or do we set our own? Are we distracted by every bit of bad news that flashes across our screens, or do we concentrate on doing and creating something good?

We all want to do something something important, to make a contribution. As the Dalai Lama and the head of the American Enterprise Institute put it recently, we all want to feel useful. It’s a basic human need. But one of the challenges of modern life is we’re constantly distracted from even considering what we can usefully do by the endless barrage of news, ads, and other shiny objects that seem to demand our attention.

Some of these things can seem very important. For example, lately I’ve been avidly following the new president-elect’s picks for his future cabinet — the people (mostly older white men) he’s chosen to control the various agencies that run the functions of our government. (I do believe it’s ours, even though we often feel helpless to have any influence over it.)  And I’ve spent a lot of time angry and upset.

How can he pick the head of a global oil company with huge business interests in Russia to be the next Secretary of State?  How can he pick a climate change denier to run the Environmental Protection Agency?  The list goes on and on.

In fact, I have no ability to control who Donald Trump picks to fill his cabinet or to advise him or even to sit on the Supreme Court (God forbid). I can participate in the political process once he makes those appointments, urging members of Congress to reject his choices, for example, if that seems possible or appropriate. But the vast amount of time I spend following the news sites reporting on his latest picks — or statements, or tweets, or lies — is really a waste of my time. I don’t really believe that knowing Trump’s latest moves within hours or even moments of his publicizing them will give me any more ability to respond effectively. In fact, I’m starting to get the feeling that the more I allow my mind to be consumed by this whirlwind of toxins, and my rage and fear to be stoked by it, the less effective I’m likely to be — at anything.

Rage and fear are what got us into this mess: it’s what led a surprisingly large number of people to vote for a candidate that encouraged and played upon those emotions. I don’t really want to follow in their footsteps.

For me to be effective — politically, and also personally, in all the other areas of my life that are important to me — I need to stay informed, but also to keep some distance. I need to refrain from following it all so closely that my entire focus becomes on things I don’t need to know, about which I have no control, and which only feed my anger and sense of despair. I need to maintain enough space between myself and “the news” — which is largely defined by others — so that I can develop and maintain my own sense of what’s important, what I want to know about, and what I can do and can contribute. How can I be useful, what do I have to offer, in the midst of all the anger and fear and craziness — and in the midst of all the well-meaning, hard-working, good people I see around me? How can I keep at least some of my focus on all the possibilities to do good that still exist, even as I feel sad and frustrated at the direction I see my federal government taking?

I think this is a central question for many of us right now. It’s a hard question, and one that’s easy to avoid by staying focused on the daily alarm bells. But it’s important to answer, so we don’t look back later and see we were squandering our opportunities by reacting impulsively instead of responding deliberately. And answering it begins, I believe, with being more conscious and careful about where we place our attention.

One thought on “Pay Attention”