The Little Engine That Could 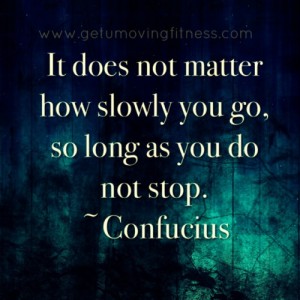 When I read David Sedaris’s piece in The New Yorker recently about his obsession with his FitBit, I thought it was a little silly. Sure, the little black wristband that counts your steps could make you slightly compulsive about your activity levels, but his story about running around England picking up garbage while he clocked 30,000 steps a day seemed really over the top.

Then, on my birthday, my partner gave me a fitness bracelet as a present. I guess I’d expressed interest in them, mostly in the fact that they count your sleeping hours (and quality of sleep) as well as the number of steps you take in a day, and I thought that could be good to know.

Little did I know that once I put it on, I would feel like a little engine had been strapped to my wrist. Suddenly, I had more energy: I wanted to climb those extra flights of stairs I thought were a drag before, and getting off the subway three stops early seemed like an opportunity more than a way to risk being late to a meeting. When I found myself clocking in at 173% of my 10,000-step goal, I was thrilled. David Sedaris was onto something.

I’m not encouraging fitness bracelets or obsessing over how many steps you take each day – though I do believe moving and fitness are really important. But it’s interesting how just wearing a little rubber wristband has changed my activity level – and gotten me to make extra efforts to try to get in 8 hours of sleep. These are goals I’ve set for myself: no one else is counting, or watching, or cares. But it tells me something about the power of setting personal goals, and of having something that consistently calls my awareness to them – even when it involves an activity that in the past I’d pretty much taken for granted.

It also tells me something about the power of perspective: instead of seeing the stairs to my apartment as an exhausting and unfortunate aspect of where I live, I now see them as a fitness opportunity: a chance to boost my step count.

So what if I shifted my perspective on other things in my life, beyond how many steps I walk in a day? What if, for example, when I wake up in the morning, instead of feeling weighed down by the pressures and obligations of the day ahead, I consciously choose to set those thoughts aside and contemplate five things I’m grateful for? Those things could be as simple as my morning cup of coffee, my dog snoring next to me, or just being alive. It’s amazing how quickly they come once you start counting them, and the internal change that occurs from focusing on that gratitude for a few moments. From that mindset, I can set one positive goal or intention for the day – say, practicing patience or compassion. With that goal in mind, my day’s responsibilities are no longer a drag; they’re an opportunity to practice.

In The Buddha Walks Into the Office: A Guide to Livelihood for a New Generation, Lodro Rinzler writes: “Knowing your intention for what you do is the difference between schlepping through your life and living a life with meaning.” Rinzler recommends contemplating an intention for the day each morning, and checking in with yourself at the end of the day to see how you did. The idea isn’t to berate yourself if you didn’t follow through, but simply to be aware of what you did, consider how it felt, appreciate your successes and decide whether you want to do something differently next time. The next day is another opportunity. You can write down your day’s intention someplace where you’ll see it during the day to ensure you keep it in mind.

We all need — and can create for ourselves — regular reminders to follow through on our best intentions. And while someone’s making a lot of money off that FitBit idea, our reminders don’t need to involve a hi-tech rubber bracelet.

1 Response to The Little Engine That Could